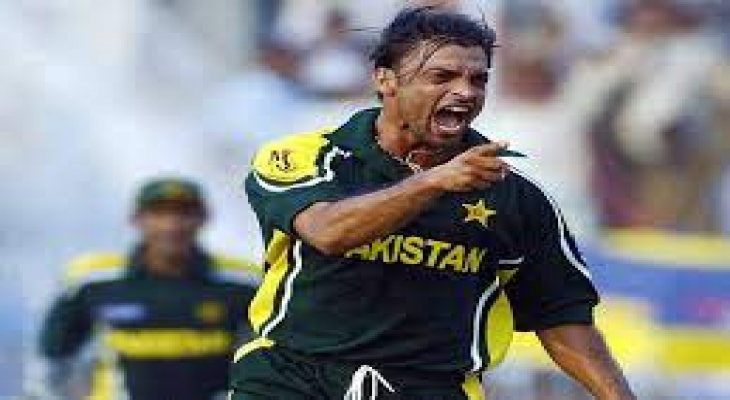 By the way, cricket is not as popular in any country as it is in India, but when it comes to which country comes second after India, then that country is Pakistan. So cricket is very much liked in Pakistan too, due to this choice, Pakistan has given big cricketers to international cricket. Due to which Pakistan is maintaining its dominance in cricket. Today he is going to talk about a famous cricketer of Pakistan. So we're talking. About Rawalpindi Express i.e. Shoaib Akhtar is going to talk about some things related to Shoaib Akhtar's life.

Talk about Shoaib Akhtar's family is from Rawalpindi city, his father's name is Mohammad Akhtar, who used to be a watchman, while his mother's name is Hamida Akhtar, his mother was married at a young age to Shoaib Akhtar's three. There is a brother whose name is Shahid Tahir Abid, he also has a sister whose name is Somalia Shoaib Akhtar's family was a poor family Shoaib Akhtar I have faced a lot of troubles in my childhood Shoaib Akhtar Rahul lived in the house in Pini. There was only one room in which his entire family lived, his roof used to drip during the rainy days. Shoaib Akhtar has also been associated with many diseases in his childhood. In which he had foot disease, he could not stand upright, in childhood, he also had a fatal disease called Kali Khasi, at that time his mother has faced a lot of problems due to lack of medical facilities.

Shoaib Akhtar could not concentrate so much in studies due to his financial condition not being strong, talk about his schooling, he completed his schooling from Eliot High School Rawalpindi while he completed his college education from Azgar Mal College. He is a graduate in education. He started showing his interest in cricket right from his school days.

Shoaib Akhtar was very fond of running since childhood, due to which he used to participate very fast His interest in cricket grew, his family started supporting him, Shoaib Akhtar is counted in the list of fastest bowlers in international cricket today on the basis of his hard work and his ability. Shoaib Akhtar used to shy away from batting in front of any big batsman when he used to play cricket and Shoaib Akhtar has worked hard on himself to become a fast bowler and show the world but the day he hit 161.3 kmph. He was counted among the legends of cricket from the same day the ball was thrown at the speed of

Shoaib Akhtar has made many records in his cricket career. Which will not be easy to break by any bowler and a bowler like him may become a bowler, every bowler's dream is to bowl like him, but a bowler like him has not been born yet.

Shoaib Akhtar started his international career as a Test cricket, he played his first test match on 29 November 1947 against West Indies in Rawalpindi, Shoaib Akhtar took 2 wickets in 15 overs in the first innings in the step match. Shoaib Akhtar did not take any wicket in the second innings.

Shoaib Akhtar's T20 cricket was also short but it was very good Shoaib Akhtar made his debut in T20 cricket against England on 28 August 2006, he has been able to play only 15 T20 matches. And they have got 19 wickets in them.

Shoaib Akhtar's IPL career was nothing special due to the fight between India and Pakistan, he was able to play only one IPL season, whichever was the first season of IPL i.e. 2008, in which he was seen playing for Kolkata Knight Riders team. Sir Gupta, who took 5 wickets, played his first IPL match against Delhi Capitals on 13 May 2018.