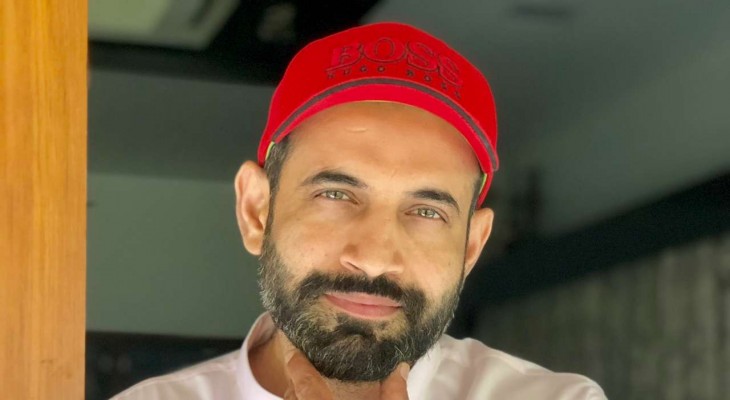 Irfan Pathan did his schooling from Mess Higher Secondary School, Baroda Irfan Pathan and Yusuf Pathan used to go to school together and studied in the same school and they used to have a lot of fun during their school days from here both of them started cricket. started taking interest in

Irfan Pathan did not have a good childhood, his family's financial condition was not so good that he could buy cricket kit and practice while his elder brother also played cricket, due to this it was not easy for his family to bear the expenses of both the brothers, due to which Irfan Pathan always used Yusuf Pathan's second hand cricket kit, but as both of them started playing cricket, they gradually became a great player. His father started supporting him after seeing his talent. He got admission in the Cricket Academy of Vadodara where his coach was Datta Gaikwad. Irfan Pathan wanted to be a fast bowler but as he batted he became a great batsman. He used to have speed in his ball, along with he also used to make great swimming.

Irfan Pathan took his steps in junior cricket at the young age of 13. He has represented the Under-14, Under-15, Under-16 and Under-19 teams well before his age. In those days, Irfan Pathan was performing brilliantly with both the bat and the ball and his performance was getting better but better.

Irfan Pathan got a chance to play in Under-19 after a brilliant performance, where Irfan Pathan performed consistently, was performing brilliantly in Under-19 cricket, after which he was suddenly selected for the tour of Australia.

Irfan Pathan got everyone's attention towards him in the Asia Under-19 cricket tournament at that time, he took 9 wickets in a single innings against Bangladesh in Pakistan.

<>Irfan Pathan started his Test cricket career in 2003. He was included in the team after Zaheer Khan's injury. He played his first Test match against Australia on 12 December 2003 but his first for Irfan Pathan. The match was not great, he got only one wicket in that match, which he also makes an accident with the bat, Irfan Pathan has played 29 test matches in his Test cricket career where he has scored 1105 runs in which he has 1 century and 5 half-centuries. Along with this, he has performed brilliantly while bowling, he has taken the fastest 100 wickets in 100 matches.

Irfan Pathan's ODI cricket career started on 9 June 2004 against Australia. Irfan Pathan has played 120 matches in cricket since his 1st day, where he has scored 15 to 44 runs while batting, in which he has scored 5 half-centuries as well as he has also taken 173 wickets while bowling in 120 matches.

In the first season of IPL, Irfan Pathan started his IPL career with the team of Kings XI Punjab. He played his first IPL match on April 19, 2008, against Chennai Super Kings, and in his first season he took 15 wickets at an economy of 6.60 runs per over, joining Delhi in 2012 after his spell with Kings XI Punjab. Happened. After spending 2 seasons with Devils, he joined the three-time IPL champion Hyderabad team.

Irfan's performance in IPL was not special, so he had to change his franchise every year. After Hyderabad, he played his game for Chennai Super Kings in 2015 and then for Rising Pune Supergiants in 2016 and Irfan Pathan last played an IPL match for Gujarat Lions in 2017.

Irfan Pathan has played 103 matches in IPL where he has scored 1339 runs while batting and he has also taken 80 wickets.

Rafan married a girl named Safa Baig on 4 February 2016 in Mecca . 20 December 2016 The couple had a lovely son, whose name is Imran Khan Pathan .