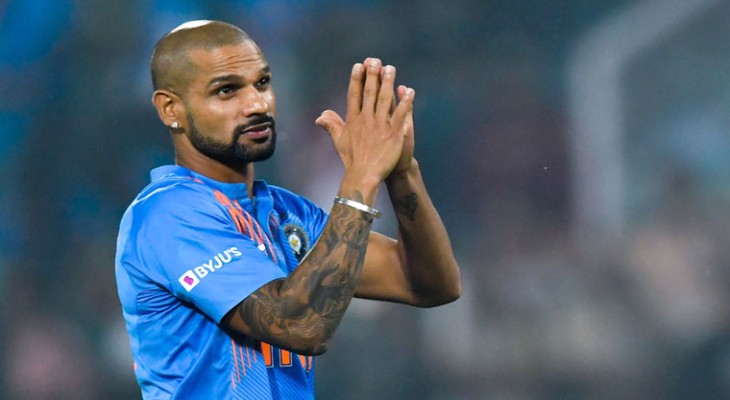 When the word Gabbar comes in our mind, we remember two Gabbar, one is Sholay Wala Gabbar and one Cricket Gabbar i.e. Shikhar Dhawan, so today we are going to talk about some unheard stories of Gabbar of Cricket i.e. Shikhar Dhawan's life. are the ones

Talking about Shikhar Dhawan, Shikhar Dhawan is the opening batsman of Team India, Dhawan is seen opening for India in all three formats of cricket, while people also know him by the name of Gabbar, mostly opening with Rohit Sharma. appear to be

So talk about his family, then Shikhar Dhawan's family is Punjabi Hindu, an intermediate family that deals with business, talk about his father's name is Mahendra Pal Dhawan while his mother's name is Sunaina Dhawan while his wife is Ayesha Banerjee. The marriage took place in 2012 but he got divorced in September 2021. He also had three children with his wife, a boy named Zoravar and 2 daughters named Riya and Alia while he also has a sister named Shrestha Dhawan. Shikhar Dhawan does not have any brothers.

Shikhar Dhawan got his education from St Mark's Senior Secondary Public School, Delhi, this Shikhar Dhawan could get education only till 12th Shikhar Dhawan was fond of cricket at an early age, due to which he did not pay much attention to studies. Due to which he had to compromise with studies, he started practicing at the age of 12 with coach Tarak Singh at the Sonnet Club.

Shikhar Dhawan started his career from the age of 12, he used to coach with coach Tarak Sinha, initially Shikhar Dhawan used to do wicketkeeper in but still slowly started batting while playing for school. century and attracted the attention of his coach

Shikhar Dhawan started his career in 1999, he started his career with the Vijay Manchester Trophy, he scored 755 runs in 9 innings while playing for Under Sixteen Delhi, during which he also played an innings of 199 runs. Due to his brilliant and excellent batting, he was selected for the Bihar Trophy and was also included in the Delhi Under-19 team. Got a chance to play, he played his Ranji match in 2004, Shikhar Dhawan's performance in Ranji Trophy also continued, due to which Shikhar Dhawan was selected in the Under-19 World Cup team in 2004. and scored 505 runs in 7 innings.

After this, Shikhar Dhawan did not look back. In 2005, Shikhar Dhawan was selected in A-listing match. He played the game against Jammu and Kashmir. Shikhar Dhawan played with India in the Eurasia Cricket Series in 2006, followed by Shikhar Dhawan's victory in 2008. He also did well in the Hazare Trophy and was second in terms of highest run scorer in Vijay Jari that year.

vs Australia at Punjab Cricket Association IS Bindra Stadium, Mar 14, 2013

His base price was Rs 2 crore. For Dhawan, there was a collision between Delhi and Rajasthan. After this Punjab also jumped into this bid. In the last auction, he was sold for Rs 5 crore 20 lakh. He was bought by Delhi. This time he has been bought by Punjab Kings for Rs 8.25 crore.