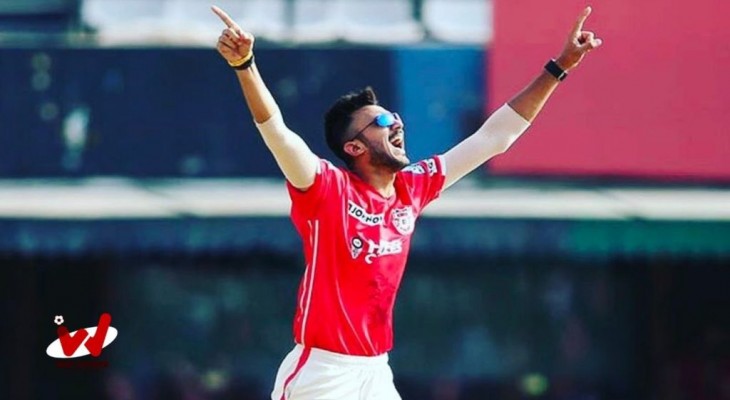 Gujarati people talk about something else, they don't pretend to see anyone else, they listen to everyone but do their own thing. Whatever they have to do for it. The way Indian all-rounder Axar Patel left his engineering studies and considered cricket as his career, he is also a Gujarati. So let's talk about Axar Patel

Akshar Patel's full name is Akshar Rajeshbhai Patel, while people affectionately call him Bapu, this name was given to Akshar by Mahendra Singh Dhoni and because of his playing style, he is also called Jayasurya, Akshar Patel was born in a Gujarati family. He was born on 20 January 1994 in Anand, Gujarat.

How did Akshar Patel get his name?

There is an interesting story behind this, when Akshar Patel had completed his elementary education, even when he was leaving the school, while making the school leave certificate, the school principal mistakenly wrote "Axar" instead of "Akshar" on the certificate. And since then this name has been going on like this.

Axar Patel started his early cricket career at the age of 12, although his mother did not want him to become a cricketer but his father and grandmother wanted him to see him playing on TV. He has faced a lot of difficulties, once during the accident he was hurt a lot, due to which he wanted to complete engineering but his grandmother wanted him to show his talent in front of the world, then again Axar Patel returned to cricket. Lee|

In the year 2010, he was selected in the Gujarat Under-19 cricket team but due to an accident, he was out of the entire tournament.

But in the year 2012, he got a chance to play in Ranji Trophy, although he played only one match in this series, after that his career started moving forward slowly.

In the year 2013, he again got a chance to play in the Ranji Trophy. In this season, Axar Patel performed brilliantly and scored 369 runs in the match and took 29 wickets. Received the award of the year

After a brilliant performance in domestic cricket, he got an opportunity to play in the IPL in 2013, where the team of Mumbai Indians included him in their team.

After a great performance in domestic cricket, he got an opportunity to play in IPL in 2013, where Mumbai Indians team included him in his team, although this year he did not get a chance to play in cricket but in 2014 his Ranji season was good. Later in 2014, he was bought by the team of Kings XI Punjab and in this season he also performed brilliantly, he took 16 wickets with excellent economics of 6.22. He also got the prize of "Emerging player of the tournament" in the IPL that year.

In the year 2014, after a brilliant performance by the team of King XI Punjab, Axar Patel got an opportunity to play in the international cricket team where he played his first match in the form of ODI cricket match.

Axar Patel has performed brilliantly in ODI cricket with both bat and ball. Till 2021 he has played 38 matches in ODI cricket where he has taken 181 runs and 45 wickets.

Axar Patel started his T20 cricket career against Zimbabwe on 17 July 2015, in his first match, he performed brilliantly in 4 overs, taking three wickets for 17 runs.

Axar Patel started his Test cricket career in 2021, after a brilliant performance in the 2021 IPL for Delhi Capitals, got a chance to play in Pune Test cricket where he played his first match against England at Chinnaswamy Stadium on 13 February 2021. In his first match, Axar Patel bowled brilliantly, taking 2 wickets in 20 overs, while in the second innings he performed even more brilliantly and took 5 wickets for 60 runs.

After this, in this series, Axar Patel continued his impressive performance against England, taking 27 wickets in three Test matches against England.